Get fresh music recommendations delivered to your inbox every Friday.
We've updated our Terms of Use. You can review the changes here.

by shells of paradise 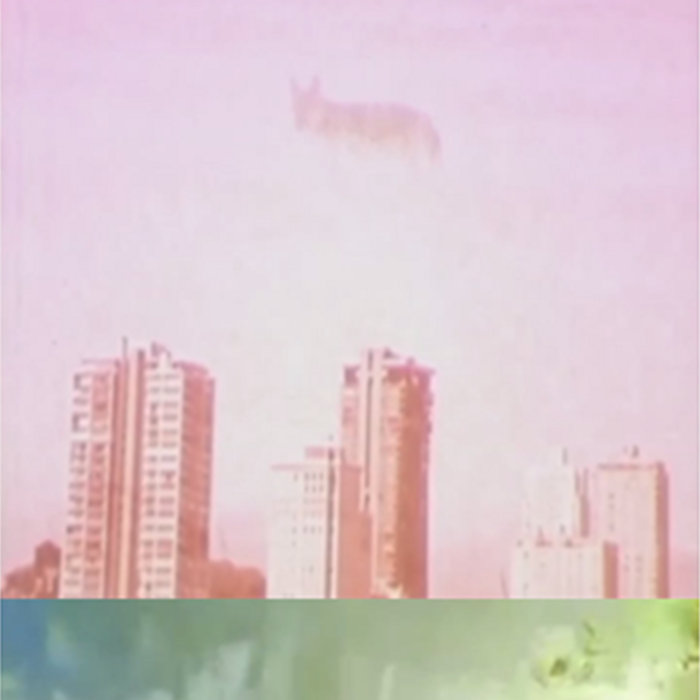 With the dissolution of the ZNTH incarnation responsible for Yr Damned Zenith, I was ready to get back into playing songs I wrote. The Tom Florida album Black Light Moon was unveiled in March of '14, following fellow solo joints Autocorrect and Adult Contemporary and compiling thirteen songs on which I played every instrument. That album was a blast to write and record, but playing any of its complexly layered tracks as a solo act was less fun. It had been several years since the Night School band broke up, and I couldn't wait to get back out there with some chords, some words, and some buds.

When it was time to assemble the new crew I remembered meeting the drummer with an armful of vinyl at End of an Ear on South 1st. We booked a few sessions in a practice space and tried out some songs. Her rhythmic style and tone went with the tripped-out rock'n'roll aesthetic I'd imagined. Tiffany Criswell was the first new member of the unnamed band. We kept scouting for players, relocating jam sessions to the practice room in Tiffany's house on the East side.

Connections in Austin's pedicab world recommended I reach out to synth wizard Sam Chaney, who brought a digital finesse and key oscillations to the equation. Ben "Beng" Goodman was brought into the fold, a multi-instrumentalist specializing in bass guitar I'd met at a psych rock show at Spider House Ballroom. We pulled together a set that included new tunes such as "True" and "Sway," as well as "Invisible, Man" and "Botany" from the recent Tom Florida record. The first shows and singles billed us as Tom Florida and the Episodes. But as we began to write new material together, even some songs where I played the iPad or no instrument at all, we concluded that a more fitting name was necessitated. An exhaustive designation mission was then set in motion, the moniker Shells Of Paradise resulting from a truly collaborative process.

At this time I was recording with Cubase and Reason on a PC at home, developing beats over which I could lay down guitars and layers of vocals. I would bring a portable Zoom recorder to the practice space and get a stereo overhead mix of Tiffany's kit, later to replace or be blended with the programmed rhythms that predated the formation of the band. Some tracks also had bass or synthesizers I'd performed, but most needed the superior talents of Ben and Sam for the songs to fully be realized. Of these early Shells Of tunes, "Gotta Light" is a great example of what the band brought to the mix. I still like my solo edition of that song found on 2014's The Thirst EP, but the same track with Tiffany, Beng, and Sam on board shines so much more darkly.

It must be mentioned that this record came at an important moment in my life, chiefly written and recorded soon after a close brush and resultant forswearing of the spirits. Some of the lyrics from the Thirst EPs and the Shells Of Paradise album shine a light on the freedom and elation I'd been experiencing during this period. Even the lower-fi aspects of the record that illuminate technical limitations of the production seem to glow brightly with a kind of magic for me. The people, the songs, the feel: it was all beautiful. The phase of the band represented by this album came to a close, but Shells Of Paradise lives on, with new sounds and songs coming through to you and more to come!